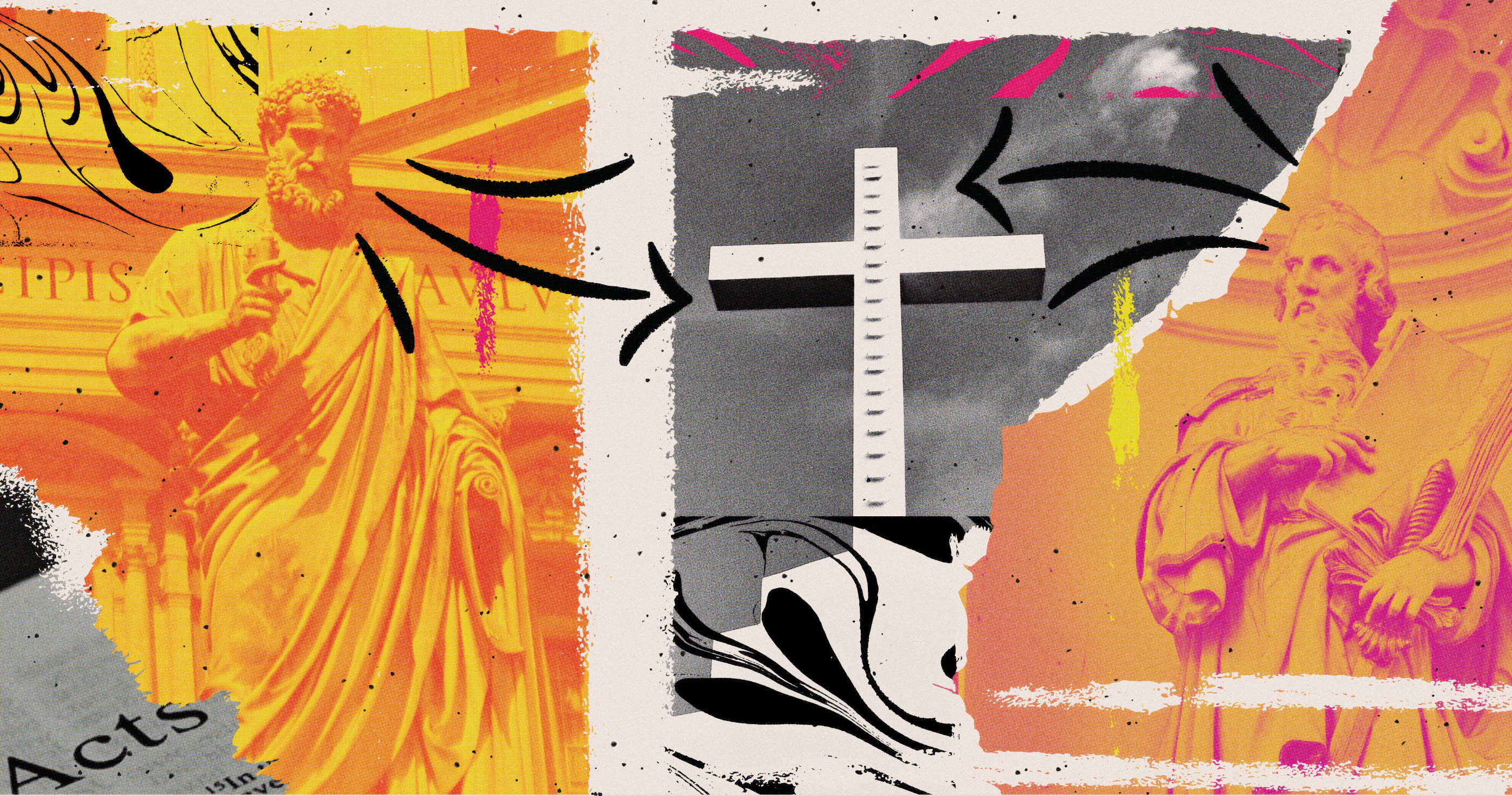 Central Characters to the Apostolic Narrative

Basic to the structuring of the apostolic narrative in Acts is its focus on Peter and Paul.Peter is central in approximately the first half (Acts 1–12), being phased out after that and mentioned for the last time for the important role he had at the Jerusalem Council (15:7–11, cf. 15:14). Paul, mentioned briefly for his part in the murder of Stephen (7:58), is introduced with his conversion in Acts 9 and is dominant in the last half (Acts 13–28). Several observations may be made about this dual focus.

First, it has been alleged by some that this concentration on Peter and Paul reflects the fact that Luke is involved in unhistorical stylization for kerygmatic purposes. The “Peter” and “Paul” of Acts are seen as Luke’s own creations, stereotypes that serve as mouthpieces for the extensive speech materials he attributes to them. Without being able to interact extensively with this viewpoint here, suffice it to say that there are enough variations from the pattern of Peter and Paul dominance to challenge this kind of conclusion.

Limiting myself here to the case of Peter, there are, for instance, repeated summary statements regarding the general state and progress of the church that show a concern to establish genuine historical contours (2:43–47; 4:32–35; 5:12–16; 6:7). Also, there are sections of material, some substantial, where Peter is not mentioned: for example, Barnabas and the sale of his land (4:36–37), the speech of Gamaliel (5:34–39), and the events surrounding Stephen in Acts 7. The narrative in the first half of Acts clearly has in view more than the activity and preaching of “Peter.”

In the Fullness of Time

Richard B. Gaffin Jr. gives readers an accessible, exegetically grounded framework to study Paul and the book of Acts.

On the other hand, it is important to recognize that Luke’s presentation is selective. In no sense is Acts a comprehensive or complete account of what went on in the church or with all the apostles in the years immediately following the death and resurrection of Christ. If that is not kept in mind, the result will be a distorted picture of the overall dominance of Peter and Paul. For example, again keeping to the case of Peter and the early chapters of Acts, Luke’s intention is surely to communicate Peter’s prominence, perhaps even preeminence. Still, we are to infer the activity and influence the other apostles. For instance, John is associated equally and actively with Peter in the various events of Acts 3–4; the speech material in 4:19–20 is attributed to both.1 In Acts 5, indeterminate “apostles” are involved with Peter in being arrested (5:18) and subsequently responding to the Sanhedrin (5:29–32, 40). We may assume that was not because they were simply following Peter and John around with their mouths shut! Other indications of substantial activity by other apostles are found in 2:37, 42, 43; 4:33–35; 5:12. This activity is left in the background by Luke, selectively and intentionally.

Second, on balance, the deeper motive for Luke’s concentration on Peter and Paul is not on them simply as individuals, as prominent and heroic persons in earliest church history. His focus is not to present them as spiritual giants or gifted and charismatic leaders, or to show them as exemplary Christians, although they were certainly that, and that comes through in his account. Acts does not provide spiritual biography (other than incidentally, in a partial fashion).

Rather—and here we are brought back to a key consideration already noted—his focus is on Peter and Paul as apostles and the nature of their apostolic commission. As more careful study will show, the apostles, as apostles of Christ, are distinguished as especially authorized and empowered representatives of the exalted Christ, by the unique way they represent him and are identified with him. In particular, the authority of Christ is intimately bound up with the person of the apostle in a unique and incommunicable fashion. They speak for Christ as witnesses of his resurrection, and by their witness they function to establish the church’s foundation, understood in a once-for-all historical sense (Acts 1:21–22; Eph. 2:20). In this role, the apostles are personal plenipotentiaries of the risen Christ.2

This is borne out by the opening words of Acts that state that previously, in the first part to Theophilus (cf. Luke 1:3), Luke has given an account of “all that Jesus began to do and teach” (Acts 1:1). As others have observed, this is fairly taken as suggesting that the second part is an account of “all that Jesus continued to do and teach.” Jesus, not the apostles, is the primary subject or actor in the Acts of the Apostles.

Playing with the title like this serves to focus, as an overall perspective on Acts, both its central subject (Christ) as well as the manner in which his action is qualified: by the Spirit, through the apostles, in the church.

Third, Acts—it is worth underscoring here—is the history of the church in its foundational era (cf. Eph. 2:20). We should not allow the customary distinction between later ecclesiastical history and biblical history to obscure the fact that the history recorded in Acts is our history; here are the apostolic “roots” of the church today and of every other postapostolic generation since its beginning. Our own discussion has already highlighted and will continue to show that real discontinuities exist between the “then” of the church in Acts and the “now” of any subsequent generation of the church. But “apostolic” and “postapostolic,” with whatever differences there are between them, have a common denominator: “church.”3 Our place in the church, in the history of the church today, is within the one church whose postapostolic superstructure continues being built by the exalted Christ, and whose apostolic origins, the completed laying of its foundation, Acts documents.4

This article is adapted from In the Fullness of Time: An Introduction to the Biblical Theology of Acts and Paul by Richard B. Gaffin Jr.