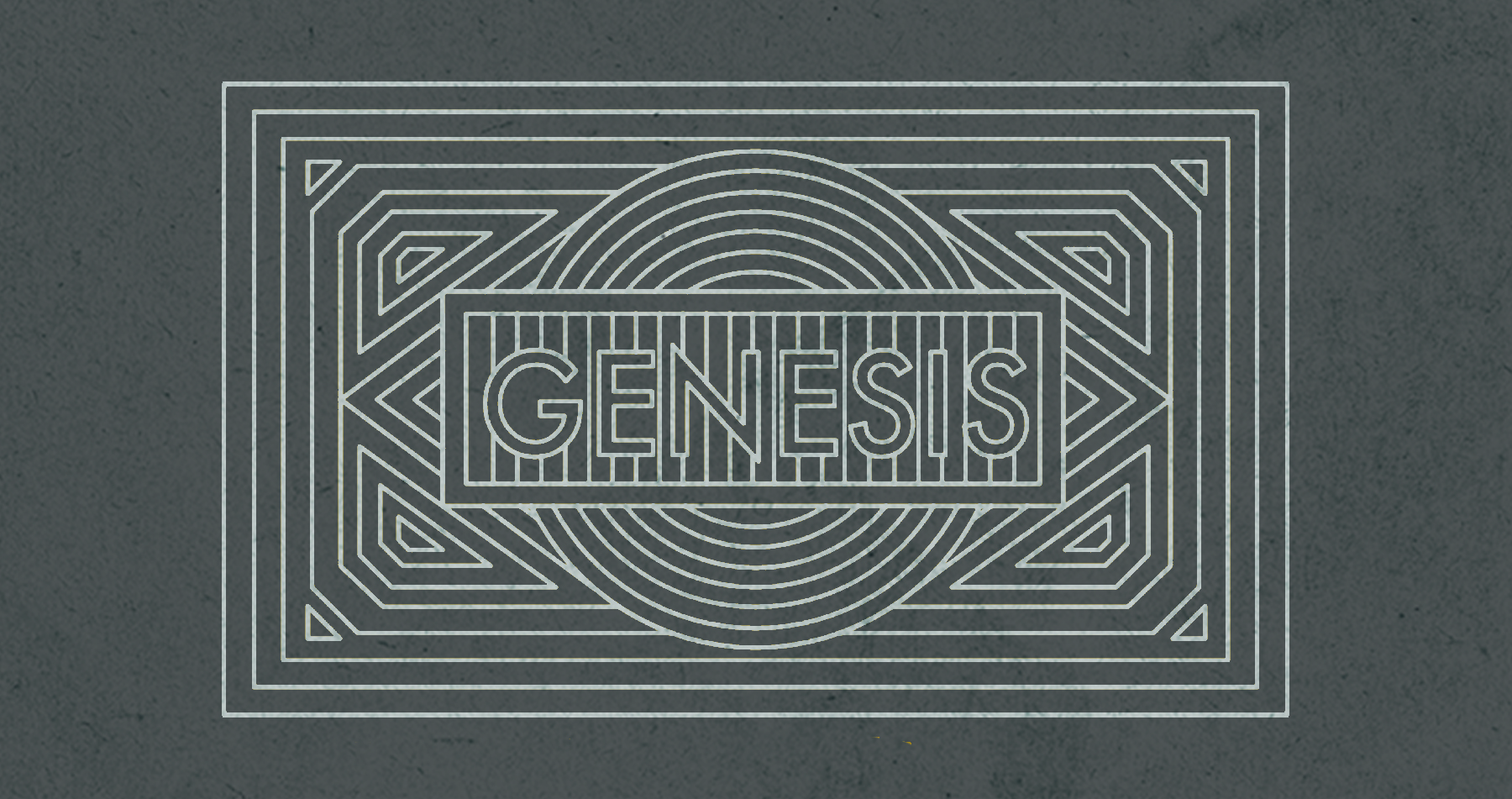 In 2019, the United Nations reported that “All societies in the world are in the midst of [a] longevity revolution—some are at its early stages and some are more advanced…”[1] Although it is highly improbable that nations will ever succeed in prolonging the average lifespan to any significant extent, there was a time when mankind lived extraordinarily long lives during the time leading up to the flood. Scripture teaches that there was then a progressive shortening of man’s lifespan from Noah to Abraham, and from Abraham to Moses. There are several important reasons why God purposed to allow the first generations of humanity to live as long as they did; and, there is a significant theological rationale for why He shortened the lifespan of humanity.

These ages come in the record of the genealogy of Seth—Adam and Eve’s son, given by God to replace Abel. The ages of Seth’s descendants pose a number of challenges for the modern reader. Some modern interpreters have suggested that this genealogy belongs to a mythopoetic narrative written to compete with other ancient near eastern mythopoetic origin stories, while the better part of the Christian church throughout history has taken this genealogy to be historically factual record of the primitive history of mankind. Before we seek a rationale for the length and the shortening of the lifespan of humanity, we need to be settled on the historicity of the narrative.

According the both the Old Testament and the New Testament, Moses wrote Genesis under inspiration of the Holy Spirit. Genesis is historical narrative given from a divine perspective. The repeated use of the phrase, “these are the generations of….”—from the creation of the world to the life of Jacob—supports the historicity of the revelation (Gen. 2:4; 5:1; 6:9; 10:1; 11:10; 11:27; 25:12; 25:19; 36:1, 9; 37:2). Reflecting on the first genealogy—namely, the generation of the heavens and the earth in Genesis 1–2, Geerhardus Vos observed,

“God does not make a chain of solid gold, in which the first link is a floral wreath. If the creation history is an allegory, then the narrative concerning the fall and everything further that follows can also be allegory. The writer of the Pentateuch presents his work entirely as history.”[2]

We are now left with the question concerning the rationale for the length and the shortening of the lifespan of humanity. Working back on the text from a bird’s eye view of redemptive history, several categories help us arrive at reasonable explanations. Consider the following:

In the first place, extended lifespans allowed mankind to populate the earth in partial fulfillment of the promise of redemption (Gen. 3:15). God had promised to redeem a people through the seed of the woman. God chose to use the very people who brought sin and misery into the world to populate the world in light of His promise of redemption. In Genesis 5:4 we read, “The days of Adam after he fathered Seth were 800 years; and he had other sons and daughters.” We don’t know how many children Adam and Eve had, in addition to the three sons we read of in the early chapters of Genesis; however, we do know that they had many other children among whom marriages and procreation transpired. The mandate to be “fruitful and multiply” did not pass away after the fall. God still intended for humanity to populate and fill the earth. Martin Luther explained,

“If you carefully compute the years of Adam, our first parent, you will observe that he lived more than fifty years together with Lamech, Noah’s father. Therefore, Adam saw all his descendants down to the ninth generation, and he had an almost countless multitude of sons and daughters whom Moses does not enumerate, since he was content to enumerate the main line of descent and its closest branches down to Noah.”[3]

In light of the fall, it was a great kindness from God to Adam to allow him to see so many of his descendants—even to the seventh generation. This is heightened by the fact that Adam’s first son murdered his second son. How kind was our God to show Adam something of His covenant faithfulness by allowing him to participate in and witness the populating of the earth. What a reminder to mankind that God had promised to send a redeemer into the world—the “offspring of the woman.”

In addition to the mandate to be “fruitful and multiply,” the mandate to cultivate the earth and develop civilizations was still in force. God granted extended lifespans in the primitive era of human history, in order to give people the time to contribute to the initial development of society. How much quicker would cultures emerge, and exploratory advancement occur if man lived longer lives in the primitive era. Although Scripture focuses on Cain and his descendants as those who made social advances for themselves and their evil intentions (Gen. 4:17–24), it is reasonable to conclude that the godly lineage of Seth also made contributions to society for the glory of God. By prolonging their lives, the Lord allowed image bearers to make significant exploration, invention, and progress for the good of human society by means of longer lifespans.

Extended lifespans also facilitated the transmission of revelation during this period. Adam lived to the days of Lamech, Noah’s father. An unbroken bridge exists between Adam and Noah by which God oral revelation was communicated and preserved generation to generation until it was ultimately inscripturated in the days of Moses. Calvin writes,

“For through six successive ages, when the family of Seth had grown into a great people, the voice of Adam might daily resound, in order to renew the memory of the creation, the fall, and the punishment of man; to testify of the hope of salvation which remained after chastisement, and to recite the judgments of God, by which all might be instructed. After his death his sons might indeed deliver, as from hand to hand, what they had learned, to their descendants; but far more efficacious would be the instruction from the mouth of him, who had been himself the eye-witness of all these things.”[4]

“The length of their days well fitted them for being the depositories of the revealed will of God, preserving and transmitting it from age to age; and since so many of them survived together, not for years only, but for centuries, they must have formed a holy and reverend company of teachers and witnesses in the world.”[5]

The question of the shortening of man’s lifespan is also a matter of great interest to the Christian. The shortening of the lifespan of humanity was a merciful restraint. Imagine if a Hitler, a Mussolini, a Stalin, or a Mao Zedong had 800 years to perfect their evil regimes. Think of the devastating effects that would result, if people were given more time to act on their sin and depravity. The world would certainly destroy itself. This is evident from what we read about the violence on the earth in the days leading up to the flood. In light of that wickedness, the Lord said, “My Spirit shall not abide in man forever, for he is flesh: his days shall be 120 years.” While some have concluded that the reference to 120 years marks the length of time between God rebuking men on the earth and the sending of the flood, it is more likely that it is a reference to the shortening of man’s lifespan after the days of Noah (Gen. 25:7). Ultimately, God reduced man’s lifespan to an average of 70 or 80 years by the time of Moses (Ps. 90:10). The Psalmist reflected on this principle of restraint when he said, “Murderers and liars will die young, but I am trusting you to save me” (Ps 55:23).

No matter how long men lived after the fall, the curse of the fall echoed in the words, “…and he died.” Man cannot outlive death, no matter how long his life may have been. The futility of life and the inevitability of death served to produce in that primitive era a greater taste of the bitterness of the fall, the longing for the promised Redeemer, and the hope of the resurrection. The extraordinarily long lives of Adam’s descendants served the purpose of God’s mercy, as did the shortening of man’s life. God shortened man’s lifespan so that we may hope in His mercy and long for His promised redemption in Christ. Additionally, it is a mercy for God to take believers away from this wicked and fallen world. Scripture teaches that the Lord sometimes takes the righteous away in order to keep them from experiencing more of the calamities and evils in this life (Isaiah 57:1–2).

The Son of God came into this fallen world to take the sin of His people on Himself. Since He died in the place of murderers and liars, His life was cut short. He rose from the dead in order to give eternal life to all who trust in Him. Rather than hoping in a long life in this present fallen world, we can hope in the certainly of eternal life in glory with the Savior. Whatever else we may conclude, something of the glory and wisdom of God is displayed in the way in which He has ordered His purposes in conjunction with the human lifespan.

[5] Robert Candlish The Book of Genesis Expounded in a Series of Discourses (Edinburgh: Adam and Charles Black, 1868), 119.

*This is a modified version of a post that originally appeared at Tabletalk Magazine Online.