C. S. Lewis would be disturbed to see The Screwtape Letters in a series about the benefits of reading old books. He’d say his book isn’t old enough. When he spoke of old books, he meant old books—works by Plato, Athanasius, or Aquinas. But I find that the gap between his 1940s writing and my rereading today is long enough to qualify it as “tested against the great body of Christian thought down the ages” (God in the Dock).

When I first picked up The Screwtape Letters, I thought it would be funny. How could a fictional series of letters from a senior demon to a young trainee not be hilarious? (If you ever want to feel the full force of its humor, track down the audio version read by John Cleese.)

For example, who could resist laughing out loud when encountering this insight about pride:

Your patient has become humble; have you drawn his attention to the fact? All virtues are less formidable to us once the man is aware that he has them, but this is specially true of humility. Catch him at the moment when he is really poor in spirit and smuggle into his mind the gratifying reflection, “By jove! I’m being humble,” and almost immediately pride—pride at his own humility—will appear.

Or when explaining that thinking about repentance is fine, as long as the Christian doesn’t actually do it. As Screwtape counsels,

Let him, if he has any bent that way, write a book about it; that is often an excellent way of sterilizing the seeds which the Enemy plants in a human soul.

But I soon found the book far more probing than entertaining. Lewis shines the light of Christian reflection on sin and temptation in revealing and disturbing ways. He does cause me to chuckle—but that only makes me drop my guard long enough to feel conviction and repent. I view myself more honestly and turn from sin more decisively after eavesdropping on this diabolical dialogue. 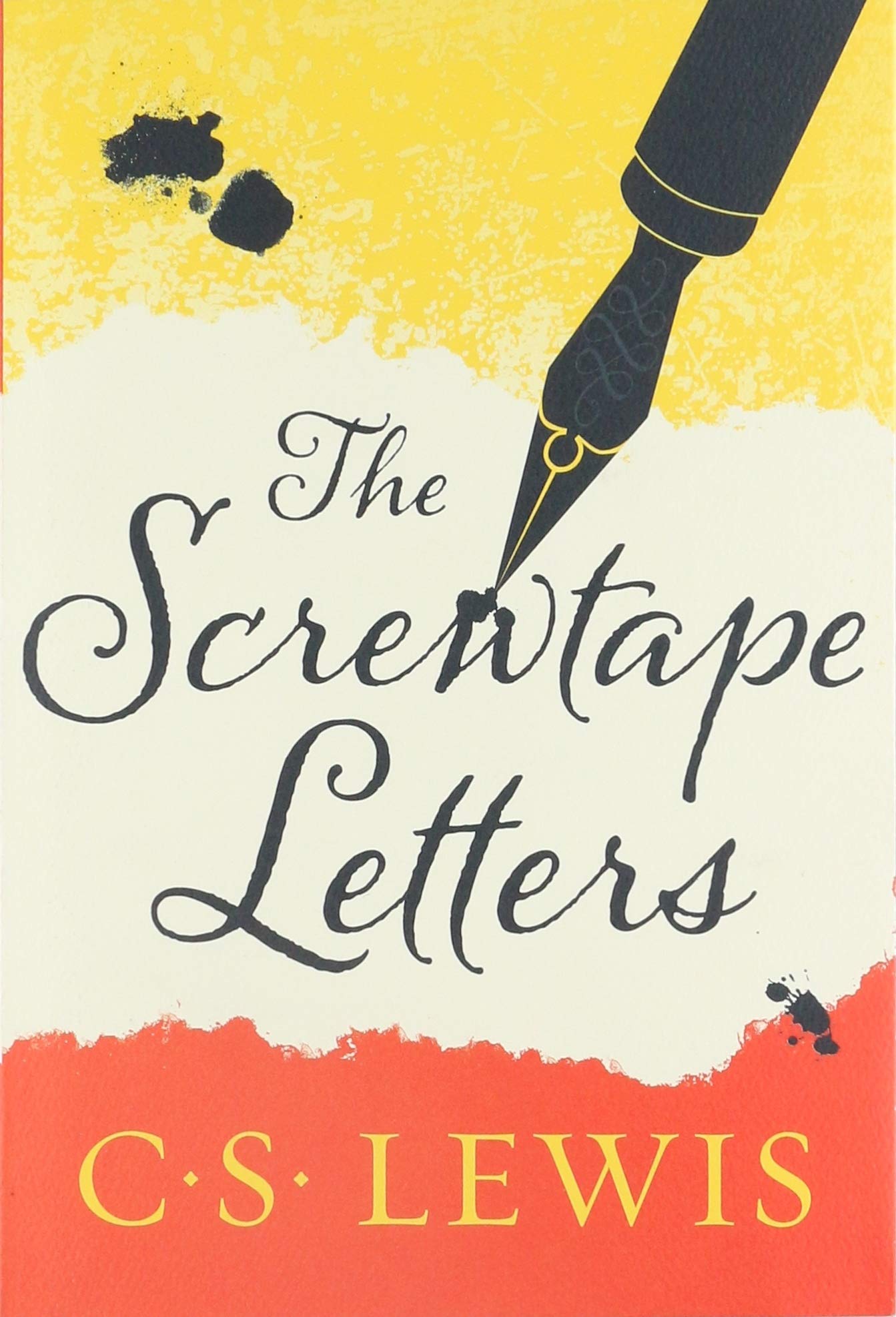 A milestone in the history of popular theology, The Screwtape Letters is an iconic classic on spiritual warfare and the dynamics of temptation.

This profound and striking narrative takes the form of a series of letters from Screwtape, a devil high in the Infernal Civil Service, to his nephew Wormwood, a junior colleague engaged in his first mission on earth, trying to secure the damnation of a young man who has just become a Christian. Although the young man initially looks to be a willing victim, he changes his ways and is “lost” to the young devil.

Many times I’ve marveled at how Lewis knew my darkest secrets. Apparently I’m not alone. In the preface to the paperback edition he wrote:

Some have paid me an undeserved compliment by supposing that my Letters were the ripe fruit of many years’ study in moral and ascetic theology. They forgot that there is an equally reliable, though less creditable, way of learning how temptation works. “My heart”—I need no other’s—“showeth me the wickedness of the ungodly.”

In preparation for writing this article, I thought I would skim the book one more time. I couldn’t do it. I simply can’t read The Screwtape Letters quickly. After just two letters, I needed to put it down, reflect deeply, repent thoroughly, and pray intently. Lewis might have had similar struggles in writing it. When asked by many to write a second volume of more letters, he declined: “Though I had never written anything more easily, I never wrote with less enjoyment.”

Concerning human nature, Lewis helps me grasp what it means to live in a physical body but also have a spiritual nature. Part of that duality is experienced as undulations. Our feelings ebb and flow, and our sense of closeness to our Creator fluctuates. Both the highs and lows can be used by God for making us more like him. But those highs and lows also provide great opportunities for the Devil. Remembering this has helped me profoundly during both the highs (when tempted toward arrogance) and the lows (when spiraling toward despair).

Again and again, I’ve been strengthened by Screwtape’s lament:

Do not be deceived, Wormood. Our cause is never more in danger than when a human, no longer desiring, but still intending, to do our Enemy’s will, looks round upon a universe from which every trace of Him seems to have vanished, and asks why he has been forsaken, and still obeys.

In regard to sin and temptation, it’s easy to treat all of it the same. But Lewis helps me recognize the distinct challenges related to specific sins. To be sure, all sin is the same when it comes to its ultimate consequence (damnation) and its only solution (the cross). Homogenizing sins, however, isn’t as helpful (or as biblical) as analyzing them individually to better resist them.

Anger, lust, gluttony, and other evils present themselves in different ways, requiring diverse strategies for resistance. Anger is triggered when I insist that time is mine (as if I produced minutes and seconds). Lust gets kicked into gear for other reasons—loneliness, hurt, or being misunderstood. Gluttony, I must remember, isn’t just overeating. It can rear its ugly head as a finicky, demanding insistence that food taste just the way I like it and be served at just the moment I—ruler of my culinary kingdom—demand.

Finally, reading The Screwtape Letters forges an eternal perspective that changes the way I view time.

More than 10 years ago, I faced the challenge of heart surgery. I needed to wait in the hospital for almost a week before various blood levels settled, to ensure a safe bypass procedure. During that waiting period, I reread The Screwtape Letters. Chapter 15 helped ward off tidal waves of fear and anxiety as I was reminded:

The humans live in time, but our Enemy destines them to eternity. He therefore, I believe, wants them to attend chiefly to two things, to eternity itself and to that point of time which they call the Present. For the Present is the point at which time touches eternity. . . . He would therefore have them continually concerned either with eternity (which means being concerned with Him) or with the Present—either meditating on their eternal union with, or separation from, Himself, or else obeying the present voice of conscience, bearing the present cross, receiving the present grace, giving thanks for the present pleasure.

Do I recommend The Screwtape Letters? Without reservation. Consider a slower pace than usual and plan on reading it more than once. But count on the laughter diminishing, and repentance growing, with each rereading.